The idea for our garden occurred during a visit to the Wild Garden section of the Bodnant Garden, which is near Betws-y-coed, Wales, (which is in the Snowdonia National Park.) We enjoyed the created natural feel and we were convinced that this was a perfect model for a California garden. So in looking for land in 1987 to build our home, one of the property’s critical features was that it must have a gully that could be transformed into a natural garden. We found the land in the Santa Rosa Valley of Ventura County.

We found the land in the Santa Rosa Valley of Ventura County. 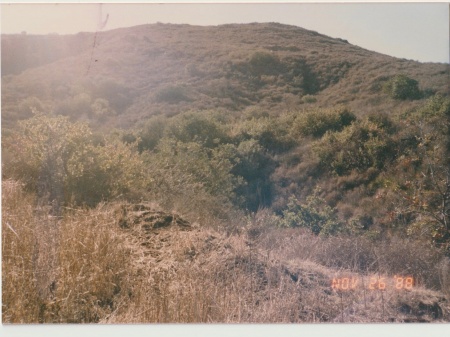 These are old-school Panoramas. Back when these were taken panoramas required a special camera. Taking pictures these days is a whole lot easier. 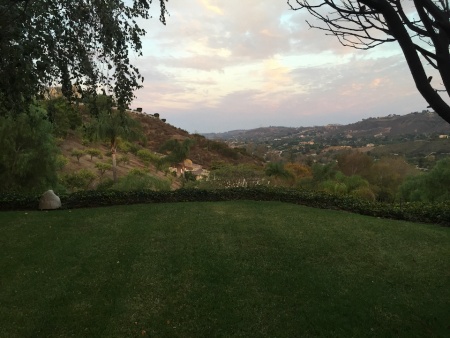 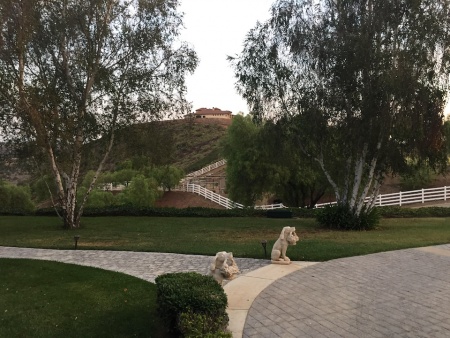 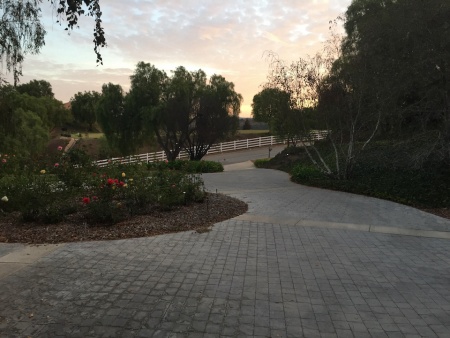 The property was first graded in 1989 as the seller had included grading in the price we had paid. It wasn’t how we wanted to have the pad but did take care of a significant amount of the grading that we were going to do, so it saved us some money.

Final Grading and Start of Construction

Unfortunately, in September 1990, we caught them pushing many boulders and dirt down across our property which wiped out about half the native bushes and all but one tree.

We finished construction of our home in early 1991 and had mostly a large bare piece of property. There were just a few native bushes and one tree toward the back of the property, plus some plants we’d gotten at an Earthday celebration in 1990 in Moorpark.

Caught in The Act

View from Back Forty