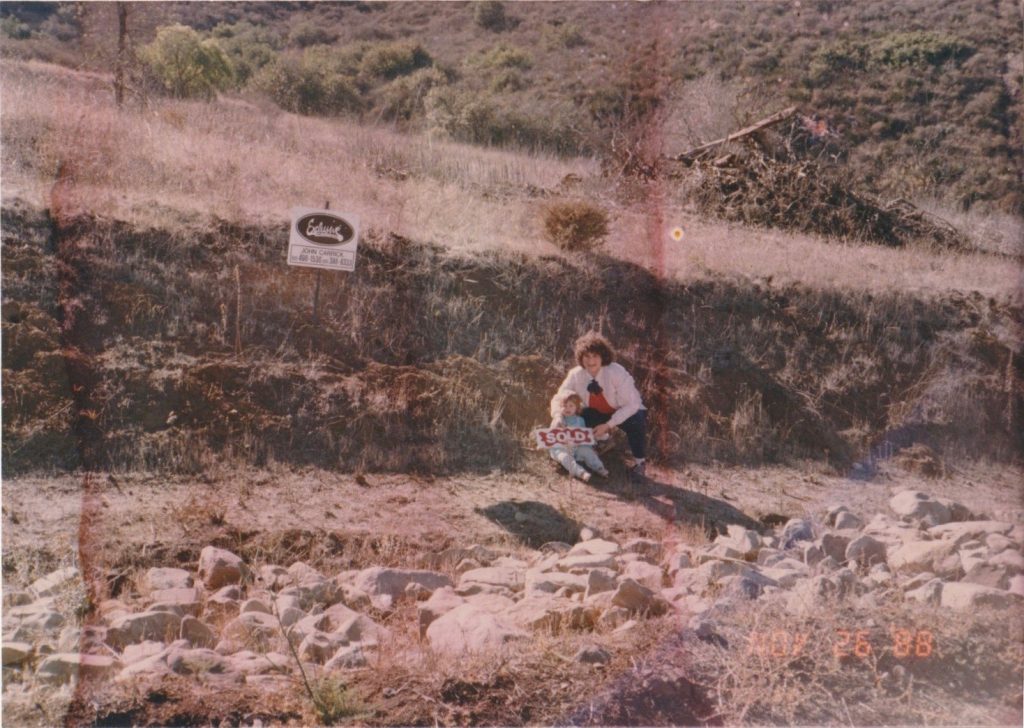 The people we bought the lot from dragged their heals on meeting the conditions to close escrow, claiming that the county was slow in granting them the grading permit to do the grading that they had agreed to in the selling price. After a year, they apologized and said if we wanted our deposit back, they’d let us out of the agreement. We told them that we didn’t plan to build for at least five years, so a long escrow was saving us money.

A few weeks later, they said they’d get the grading done in the next few months, and we’d close escrow at that point. So on November 26, 1988, we went out to the lot to celebrate. We found out – years later – that two weeks after we opened escrow with the sellers, they got a much larger offer for the lot from the guy who later bought the lot next to us.

NOTE:  Unfortunately,  Some of the pictures were water damaged, but they are still good enough.

This site uses Akismet to reduce spam. Learn how your comment data is processed.